Nearly thirty five years ago in Hampshire, England, a young tea-trader pursued his vision to create
exceptional tea that could be enjoyed by anyone, anywhere in the world.
Inspired by the pure love of tea, he and his brothers embarked on a mission to find and work with
the world’s finest tea gardens. They built trusting and long term partnerships with the owners of
those tea gardens so they could blend the world’s most extraordinary teas.
Today, Ahmad Tea brings over 30 million cups of tea a day to tea lovers in more than 80 different
countries. From the world’s most influential urban hubs, to the tiniest remote villages, everyone
can enjoy a perfectly brewed cup of Ahmad Tea.

Our team in Colombo acts as a link between our UK headquarters and the various tea supply and packing operations in Sri Lanka, one of the most revered tea producing nations. This mountainous island off India is where our supply operation started many years ago and the 30-strong team who work there still play a vital in our global enterprise. The office’s Tea Department tastes around 12,000 samples each week to ensure we buy the very best from the famous Colombo tea auction, while also performing crucial quality control checks. The team oversees production from the packing factories on the island which ship around 7 million kg of Ahmad Tea per year. 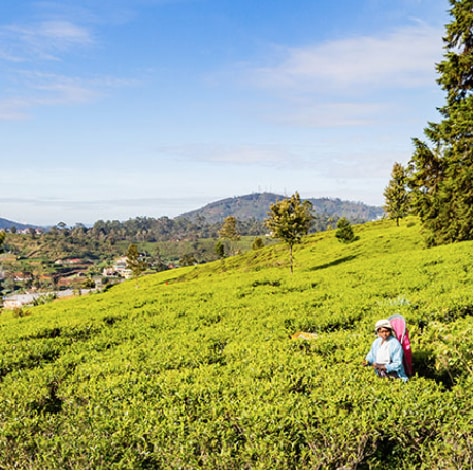 Located off the coast of Southern India, the mountainous tropical island of Sri Lanka is the fourth biggest producer of tea in the world and the biggest exporter of ‘Orthodox ‘ tea – the type that is typically used for loose leaf products.
Because of the island’s mountainous terrain, Sri Lanka can offer teas in a very wide range of flavours and colours – each level produces teas of unique character that are blended together for wonderfully varied results Tea from Sri Lanka is known as Ceylon which, until 1972 was actually the name of the country. The story of Ceylon Tea begins with the Coffee Blight which wiped the Island’s coffee plantations in the late 1860s.

Having found success growing tea in Northern India, a Scotsman called James Taylor began commercial cultivation in 1867 in a small plot of some 19 acres on an estate called Loolecoondera. From these humble beginnings, the tea industry of Sri Lanka has flourished producing some of the finest teas in the world.

At the top of Sri Lanka’s mountain range, just south of the centre of the island is an area called Nuwara Eliya, which produces premium quality teas. To the East is an area called Uva and to the West is Dimbala, which are two other tea growing areas that are famous for their quality.

In the South of the country are the lower grown teas which are much stronger and are particularly favoured in Middle Eastern countries for their clean jet black leaf. 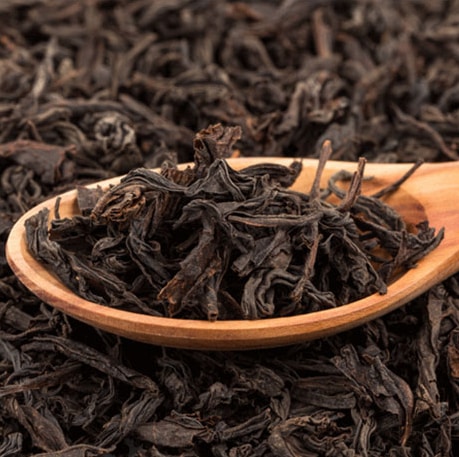